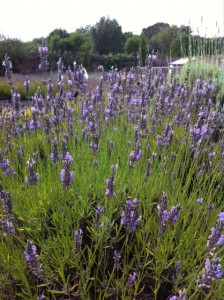 Nowadays there are so many diseases progressing and affecting more and more people. The number of incidence of cancers is rising to never seen numbers. Age is not anymore a factor and many young are affected. Cases of neurologic diseases such as dementia, Parkinson or Alzheimer are growing every day. The medical and scientific worlds are working hard at being able to detect symptoms earlier and earlier in hope to give more time to the sufferers. They are trying to identify factors which trigger or not the illness.
We are very happy when figures about early detection on specific diseases are being published, when we learn that cancers are detected earlier than ever due to better screening and better information. We are better informed than never about early signs of Parkinson or dementia. Governments are deploying massive campaigns which include distribution of leaflets at GPs offices, social media articles to teach ladies how to examine themselves for early detection of breast tumors. We can see everywhere campaigns for women’s screening for breast cancer in order to increase those numbers of early detection and hopefully the survival rate. We can see similar campaigns for prostate cancer hoping for similar results.
This focus on early detection and progress in treatment is important and we should not disregard those efforts. We can only praise every single action made to save lives in regards of those terrible sicknesses as well as helping people living a better life with those diseases which can not be cured. We can only support all work done in order to help research to understand how our bodies let neurologic diseases develop and the activities that let those dysfunctions progress. Research on cancer cells, their development, life and proliferation is extremely important, but is it sufficient? Is this prevention? What about prevention?

Early detection is defined as: “The action or process of identifying the presence of something concealed”, therefore early detection is about identifying the presence of something early. Prevention is defined in the Oxford English dictionary as “The action of stopping something from happening or arising”. As per their definition we can understand that those two terms are rather different, yet today, we tend to use them interchangeably. 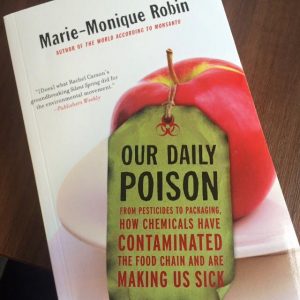 While we keep sending message of early detection, this is NOT prevention. Preventing diseases is making them not happening, not seeing them as early as possible. And while all those actions of public awareness are important, again we mix “early detection” and “prevention”! Unfortunately, we know today, so many of the factors which trigger those illnesses. We are aware of the impact of the hundreds, thousands of chemicals, not only on the population but also on the unborn… One just needs to read the latest papers published on asbestos, used widely in many buildings and classified as carcinogenic from 1977 (it took 20 more years for France to banish it) or Distilbène (also named DES) a drug prescribed to pregnant women in the 70s which was supposed to help with morning sickness and hormone balance and recognised later as the source of malformation to mainly girls, to acknowledge that not only those chemicals have had terrible incidence on adults’ health but also on tens of thousands of their children. Should we mention as well that all test are made on one single chemicals while the population is subject to tens or hundreds of chemicals on a daily base. No one has yet taken the task to try to evaluate the effect of the combination of several chemicals (One study which has evaluated three chemicals, which separate had very little effect, revealed high impact on sexual organs). How is it that on every single medication notice, it is specified to be cautious of the possible interaction with other drugs, while this same advice seems to be ignored in the case for chemicals? In many cases, rather than applying the “caution principle”, we apply the “let’s see” principle in the name of economics. This very same principle which leads to the race of early detection instead of PREVENTION. 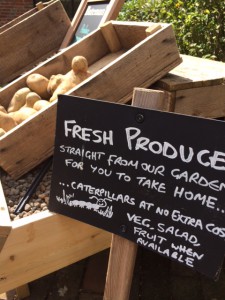 So if we truly want to speak about prevention, we need to focus on research of course (independent obviously!), we need to speak about information, awareness and not on the early symptoms of diseases, but really on the triggers of those diseases. We have to not forget research on the WHY of those illnesses, why do they develop and how can we PREVENT them from developing. We need to exercise caution about every chemicals that people are expose to, and specifically when it comes to pregnant women as unborn children exposed to chemicals during their development are the most vulnerable ones. Governments and industries have to ensure all the substances in our food, in the air and really everywhere are harmless for every one and each of us. All those actions are about PREVENTION. Of course there always will be diseases and we will be happy about early detection, but today, it seems that the prevention side is rather forgotten…
If you want to take part on prevention, do your part of the job, get informed, share your knowledge, take action and demand clear information, safety over profits and finally Prevention over Early Detection.