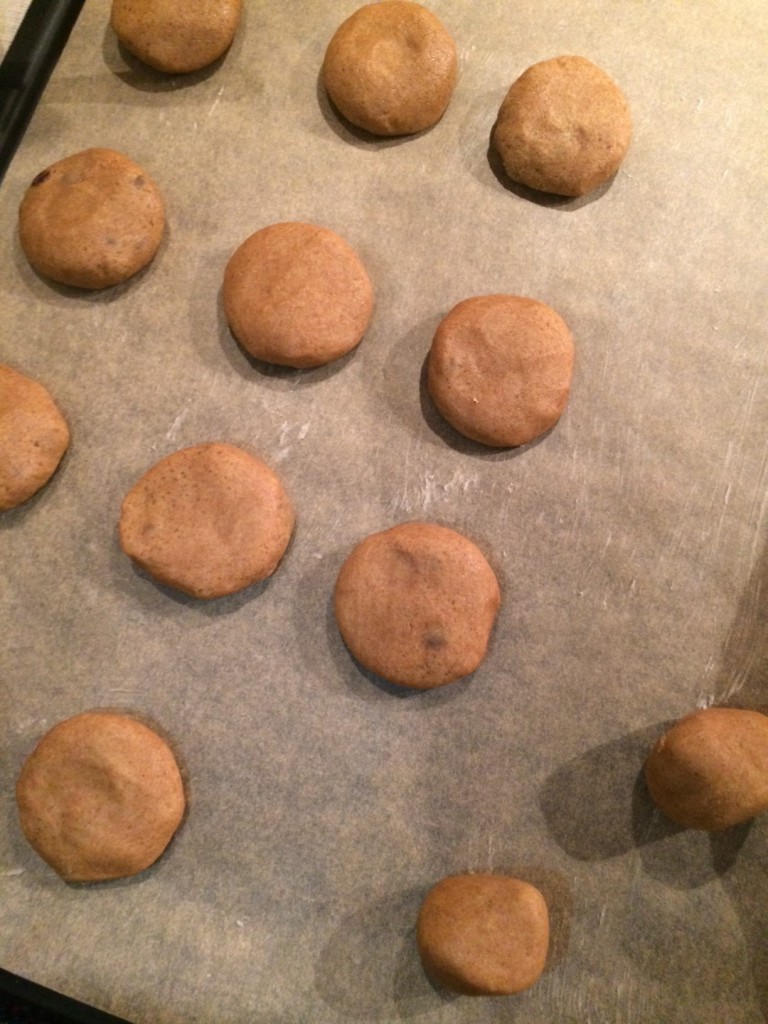 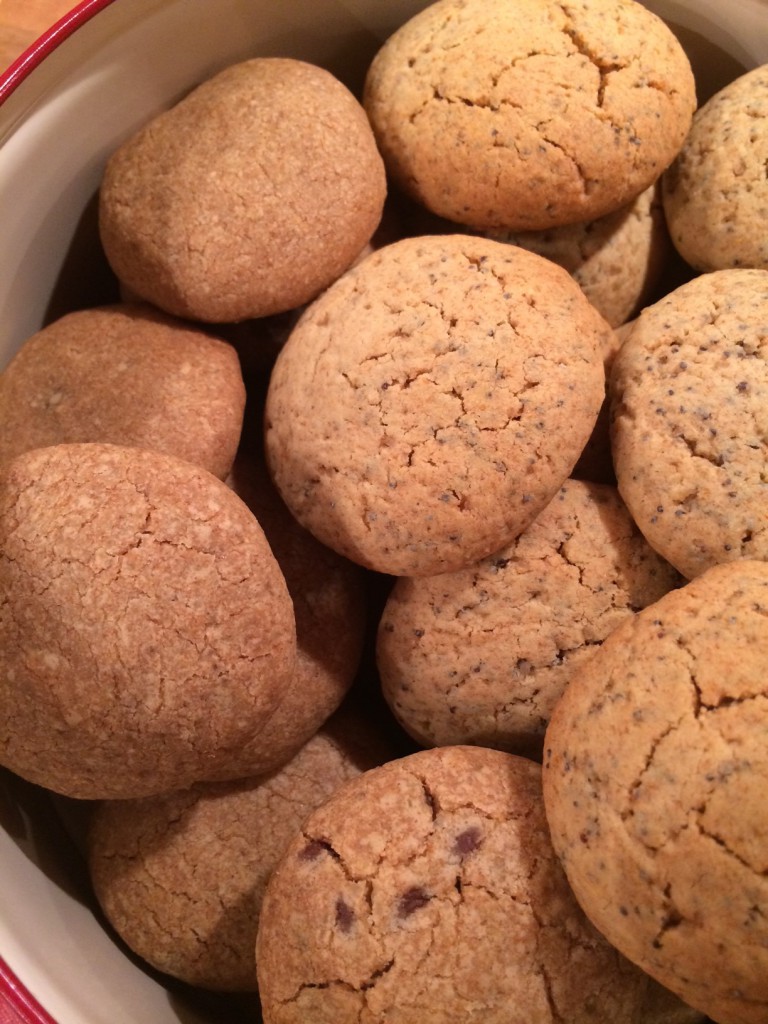 Time flies and I did not realised it is nearly a month since I have shared a recipe with you. During those four weeks, I was busy and I have completed three lessons and their assignments covering the minerals, water and vitamins…

February is not my favorite month, the end of year celebrations are definitely behind and daylight is earlier, we are slowly leaving winter. Winter is so my favorite season. To cheer up, I propose a cookie recipe which has still some Xmas accents with some of the traditional spices such as ginger and cinnamon.

In a bowl, beat the butter, the sucanat and the maple syrup until smooth and creamy. Sift in the flours, the ginger and cinnamon and with the top of your fingers, work this with the buttery mix until fully combined. Add the chocolate chips and mix until just combined.

With a spoon, take some dough, roll the mixture into balls and place them on a baking tray lined with baking paper. Space them a bit to allow for spreading. Flatten slightly each balls with the tip of your fingers or the back of the spoon.

Bake for 12 to 15 min until the biscuits are golden.