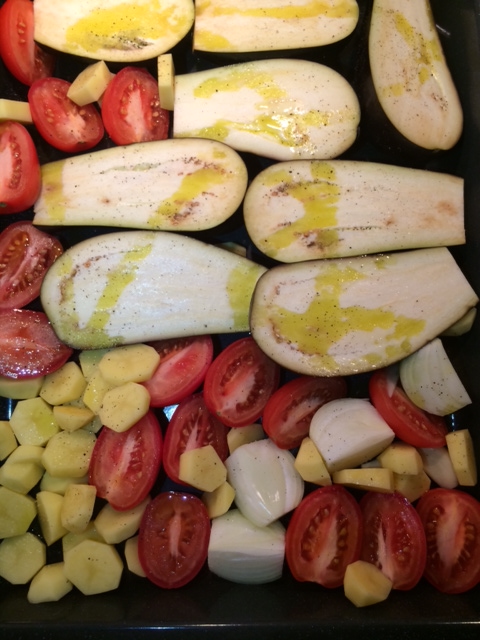 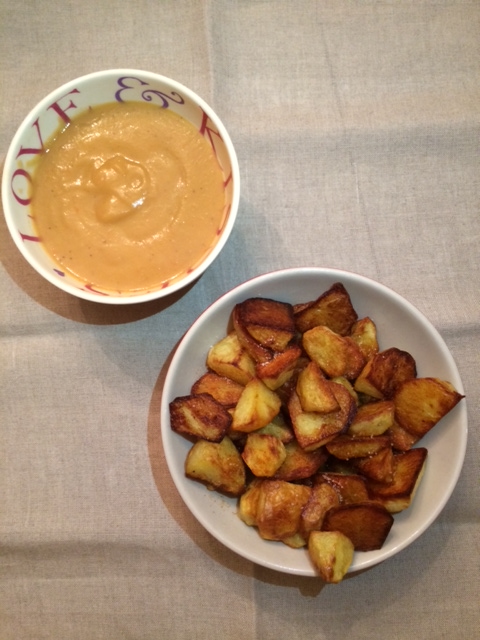 When you roast the vegetables before cooking them for a soup, their flavour is enhanced and a delicious smoky savor is brought in. The eggplants and tomatoes are a delicious combination and the potatoes bring some texture to the soup. I have used an onion and garlic cloves for spices. To add some crunch on the side, I have roasted some potatoes.

To make the soup you will need (will serve 4):

Dispose all the vegetables and 6 of the potatoes into a baking tray. Sprinkle them with olive oil, salt and pepper. Roast them at 200-220 degrees (fan oven) for 20 to 30 minutes until all the veggies are golden brown. Take the tray out of the oven. Put the broth as well as the roasted veggies in a pan and cook them on low heat for about 30 min.

During the same time put the remaining potatoes in a baking tray, sprinkle with olive oil, salt and pepper and bake them at 220 degrees (fan oven) until they are golden brown and crispy.

With an immersion blender, puree the soup until as smooth as you like. Serve it with roasted potatoes on the side or directly in the soup.