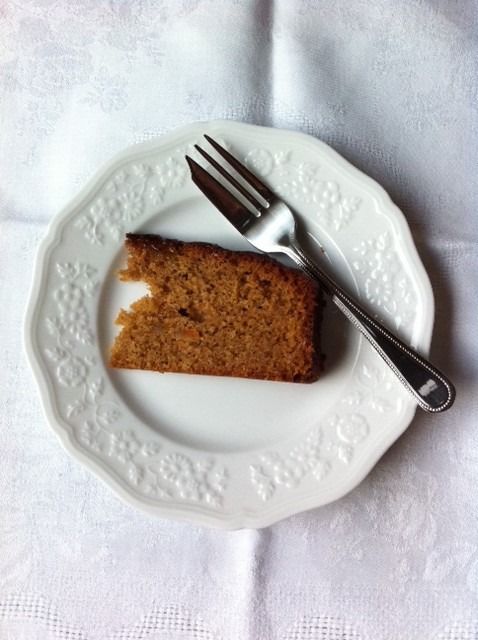 Tsampa is the Tibetan name for the roasted barley flour. It is used as a basic ingredients by the Tibetan monks as wheat is used in our areas.

The gluten content is lower than the one in wheat and its composition is also different. This makes this flour less aggressive and more digestible. I propose here a cake recipe prepared with Tsampa. The marmalade has a savory taste which will balance the strong taste (a nutty flavor) of the flour. The colour of the cake is rather dark, because of the flour shade. Keep in mind that this flour is “heavier” than wheat flour so the cake will rise less. It is also to make lighter that some of the whites are whipped…

Wisk the butter and the sugar during several minutes. Add one egg and two yolks and put aside the two whites. Add the marmalade and mix well everything. In a different bowl mix the flour and the yeast, then add it to the previous mix. Whisk the whites until peak stage and fold them in the batter. Put the batter in a cake tin and bake it at 170 degrés during about 90 minutes. When the cake is baked allow it to cool. Warm the marmalade on a low heat and ice the cake.